You would have noticed a growing trend in men unless you stay in the Amazon with Wonder Woman. Facial Hair- more and more celebrities these days, Hollywood, and Asian alike, are sporting facial hair. And the trend does not stop with public figures. Look around you and you will see more face-hairy men on the streets, whether in Singapore, KL, or New Zealand (Just visited there 2months ago)

Obviously, the only explanation will be that we men think that we look better with facial hair, and so are laying off the razor more. Attempts to keep a stubble, however, has drawn echoes of disapproval from my mum, who insists I look like a crook – “Are you sure Doctor can look so dirty?!” “If someone lost money, they will come and look for you first!”, she swears.

She thinks that an attractive man should have a head of thick, full hair, flawless skin, and no facial hair at all (you guessed it right – she is a Korean drama fan, and her idols include Kim Hyun Joong and Bae Yoon Joon).

But a new study shows otherwise….

The results?
Women found that a man’s attractiveness peaked at the ‘heavy stubble’ stage, while the clean shaven, light stubble and heavy bearded stages were similarly less attractive. They also correlated increasingly facial hair with increasingly masculinity, and rated those with full beards as healthier and with better parenting ability. This rating was more pronounced in women during the fertile phase of their menstrual cycle.

Men, on the other hand, rated full beards and heavy stubble as most attractive, while clean shaven and light stubble were rated as being less attractive. Men, like women, rated men with full beards as being more masculine, and with better parenting ability.

In conclusion: Men with heavy stubble were rated as being most attractive, while those with full beards were perceived as better father material.

Interestingly, this is not the first study studying how the facial hair affects the appearance of men. In a previous Brazilian study in 2003, researchers found that men with beards were perceived to be older, and facial hair was associated with masculinity, dominance, aggressiveness, self-confidence and non-conformity, as well as left-wing political ideas. The study also showed that employers would rather employ someone clean shaven over another with a goatee or beard. In this same study, women did not find men with facial hair more attractive.

In my opinion, some facial hair in men is attractive, but too much, and you may risk looking too mature, or even tired. Look at George Clooney above, or Ben Affleck – The heavy stubble stage gives them a certain authority and masculinity, a statement which says – I am no longer a boy, and I am confident of myself, but this tips over when there is too much, and they look like they are in need of a visit to a cosmetic doctor to freshen up.

But again, beauty is all about perception, and perceptions change with time. 10 years ago, the clean shaven look was preferred – perhaps that was why the 2003 Brazilian study did not find men with facial hair to be more attractive. And even today, people like my mother still prefer men with no facial hair.

While our Caucasian friends are lucky to be born with more stubble, us Asians often have scantly, if any, facial hair to begin with. Still, leaving a stubble does make a difference. Takeshi Kaneshiro, widely regarded as one of the best looking Asian movie stars, looks even better today then he did before – after sporting some facial hair and after aging has added some lines to his face.

For the rest of us aspiring to be able to grow a beard, there is unfortunately little that we can do, except undergo a hair transplant procedure – a surgical process where hair is transplanted from one area of the body with more hair (usually the back of the head) to the desired area. 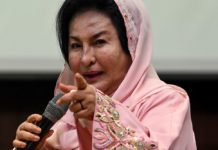