Everyone has heard of chemical peels by now. As we age, our skin loses its elasticity and become dull and unattractive. It undergoes several changes with visible appearance of wrinkles, fine lines, and hyperpigmentation. The skin loses its radiance and becomes less smooth.

From as young as in our early thirties, these signs manifest slowly due to the natural aging process and exacerbated by environmental damage such as sun exposure, unhealthy diet, drinking alcohol, and lack of sleep.

In the past, chemical peels used to be a very popular choice among people with aging skin. Before lasers – it was the best choice available for skin rejuvenation. Later, it continued its popularity as it was relatively inexpensive and convenient, compared to other chsoice. In fact, chemical peels have been used for many years for skin resurfacing, reducing superficial scars and treating pigmentation of the skin.

What is Chemical Peel?

As the skin slowly exfoliates after the chemical is applied, new skin will regenerate with visible improvement in skin texture.

There are several types of chemical peel agents doctors use to treat various skin abnormalities. The usage depends on the depth of penetration that is required.

DEEP PEELS should only be used by experienced doctors. They can potentially burn the skin if the doctor is unable to administer properly. Deep peels are used to treat severe skin aging and deep wrinkles. These chemicals completely remove the superficial layer of the skin. Doctors often use TCA of 50% or higher for deep peels.

In general, chemical peels are used to improve overall skin texture by removing the top layer of dead skin cells. Depending on the treatment protocol, some chemical peel treatments can also aid in treating sun-damaged skin, acne, and fine lines.

I use both chemical peels and laser skin resurfacing in my medical practice. There are pros and cons of each, and you can have a conversation with your doctor to find out more about which is a better option for you! 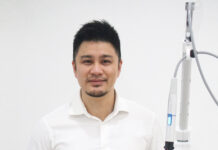