I wrote about peptides in skincare creams for anti-aging – what they are, how they work and what to look out for when considering a peptide product.

Choosing a peptide cream can be a nightmare with so many such creams in the market. The strange way these peptides are named do not make your task any easier either. To make things worse, the names of peptides frequently change, creating more confusion.

New peptides are constantly emerging in the skincare arena, making a comprehensive list difficult. Here, I attempt to list and describe some of the more popular anti-aging peptides which you may come across when browsing for beauty products.

SNAP-8 is an elongation of the famous neuropeptide, Argireline (see below). SNAP-8 reduces the depth of wrinkles on the face caused by the contraction of muscles of facial expression, especially in the forehead and around the eyes. SNAP-8 seems to have equal anti-wrinkle properties compared to Argireline: in a 2001 study which compares Argireline, SNAP-8, and Placebo, on forehead wrinkles, SNAP-8 performed fairly better, achieving wrinkle depth reduction of 35% which Argireline achieved about 28%. However, Argireline has been shown to perform better than SNAP-8 in other areas besides the forehead.

It is most commonly found as an active ingredient in eye serums and anti-wrinkle creams that focus on the wrinkles and fine lines on the forehead.

Argireline blocks transmission of nerve signals which cause facial muscles to contract. Like SNAP-8, it relaxes your facial muscles, preventing fine lines and wrinkles from forming along the line of expression.

Find it in: Epicuren Ultima Peptide

Dermican is clinically shown to stimulate collagen I and the synthesis of Lumican, a proteoglycan (which decrease with age). Lumican is involved in the organisation of collagen fibres. Hence, Dermican firms the skin and combats skin aging.

Find it in: Celazome No.45 Peptide Complex

A peptide that acts as a sugar trap, binding free sugar that would react with proteins to form Advanced Glycation End-products (AGEs). AGEs accelarate skin ageing.

Copper has been used for years to treat chronic wounds, as research has shown that it is an effective agent in skin healing. It clears away damaged cells, rebuilds the skin’s circulatory system, activates the skin’s primary antioxidant protein and stimulates the production of new collagen. However, the cationic copper has problems penetrating the skin. Interestingly, when attached to a peptide, copper can be delivered more effectively deep into the dermis. Copper Tri-peptide is a copper bound to a peptide for better skin delivery.

Find it in: iS Clinical Super Serum 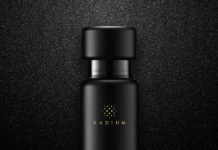 EGF Anti-Aging Skincare: Is It Worth Your Money? 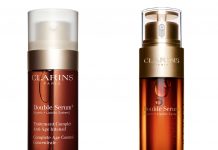