It seems that it is not only women who suffer from insecurity about their bodies: Men, too, are not spared. In a survey by clothing label Jacamo, men were asked to describe what they think is women’s idea of the ideal man, then women asked to describe the type of man they want.

The results are something we secretly knew all along: men have been too hard on themselves. Instead of chiseled hunks, women actually preferred a more cuddly man. Specifically, 62% of men in the survey thought that women would prefer a man with Gerald Butler’s face, Hugh Jackman’s arms and David Gandy’s torso, but it turns out that 72% of women actually prefer men who are more ‘boy next door’: James Corden’s face and Ben Cohen’s torso.

There were no details revealed about the methodology of the study, but it does tell us one thing: body image discrepancies affect not only women, but men as well. Many men are insecure about themselves, hitting the gym, cutting back on calories, to try to make themselves more attractive. Looks attract a partner initially, but ultimately, women tend to look for a partner who is not only physically attractive, but something who they think will make a good father as well: and fathers rarely come with 6 pack killer abs.

Body image insecurity is even more apparent in homosexual relationships, where there is a much bigger emphasis placed on physical appearances. Gay men hit the gym man days a week, aiming to achieve the ‘ideal body’ they think will make them more desirable to others. Perhaps the next step, is for Jamaco to conduct a similar research as well on gay men. I have a strong hunch, that the results will be similar to the ones above. 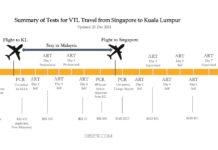