You did your facial filler injections one year ago, and today, you are returning to the clinic for a top up treatment. Your injector looks at your records, and go: “Alright, you had 2 syringes of Restylane injected 1 year ago into the cheeks. Today, I will repeat the treatment and put in another 2 syringes again”.

This, unfortunately, is the cause of a widespread epidemic which plagues the aesthetic industry today.

How Long Do Fillers Last?

One question you have probably asked your doctor before your dermal filler injection is – How long does does the treatment last? And the answer you have received is likely – 6 months to 1.5 years.

Where do we get these numbers from? They are derived from what doctors read in studies when the filler is receiving approval by the governing authorities, such as the US FDA. Restylane, for example, was shown in the FDA study to reduce nasolabial fold severity for 6 months.

However, what happened after the studies? Very often, the scientists did not follow up – either clinically or histologically. They did not, for example, see the patients after 2 years, and see if the fillers were still there. Also, the studies are usually based on one part of the face, such as the nasolabial fold, which cannot be extrapolated to other areas of the face. Because different areas of the face move to a different degree, and have different skin composition and vascularity, fillers will last for different amounts of time in different parts of the face.

I recently saw a spike in cases of patients who come to see me for more repeat undereye fillers after they did the treatment somewhere else several years ago. They find that they are looking more and more tired, with lines under the eyes.

On examination, however, these patients did not need more fillers. They looked tired because of excessive bulging under the eyes, caused by too much fillers. A few of the patients had their treatments more than 10 years ago! Back then, filler injection techniques were less refined, and often involved injecting massive amounts of fillers into the tight, sensitive undereye area. The fillers never went away. And with skin aging, began to show more.

Impossible! I am Sure My Fillers are Gone only After 3 Months.

Believe it or not, we become accustomed to concepts of beauty very quickly. Our perception of what is beautiful shifts, according to what we are exposed to. What we once viewed as not being attractive will become acceptable or even beautiful after we look at it for a period of time. This phenomenon, known as visual adaptation, has been well documented. It explains why grotesque beauty trends, such as fish lips on Instagram, seem to catch on so fast. All you need is an influential person to sport that look, and her millions of followers will aspire to be like her.

This phenomenon is also true for patients who have received filler injections to their faces. They become used to the “new” look, and continue to seek more and more perfection. “I want this wrinkle totally gone. I want my nose bridge to be even higher!”. I see this very often in my patients.

The fillers are still there. After 6 months, they may start to slowly disappear, but they are not totally gone.

The Need to Compare Before After Pictures Carefully

I keep careful before- after records of my patients – not to show them to others, but to make sure that both my patients and I have a very objective view of the results of any treatments administered.

More importantly, it is a guide to how much facial fillers to inject during my patients’ repeat treatments. By comparing how my patients look now compared to how they used to look before their first injection, I can be sure that I am not overfilling my patients every time they come to see me.

It is impossible for me, or any injector for that matter, to remember every detail of the patients we see. I urge all doctors and injectors to take the effort to take good before-after photos, and to take the time to examine their patients’ photos thoroughly, before proceeding with a repeat filler treatment.

We do not have to look very far to see overfilled faces everywhere today. Celebrities, social influencers, socialites, people on the street, even doctors and injectors themselves are walking around with too much fillers in their faces. The problem of overfilling with dermal fillers happens everywhere in the world.

Last month, I visited China, where the problem is even more staggering. In this fast-paced, consumer-driven society, I was horrified at how much fillers were injected and reinjected into patients. In China hospitals, the practice is very different from what I am used to. The sales consultants, themselves bloated like bursting balloons, will see the patients first. They will recommend 5, 10, 15 syringes of fillers for patients. The more, the better. The doctor only sees the patients during the procedure, and injects the patients according to how much fillers have been sold. This financially driven system is not unlike the ones in spa-owned clinics here in Singapore.

This practice, of administering minimally invasive treatments fueled primarily by economic gains, has to change. The widespread belief, of “the more the better”, has to be changed. We, as doctors, are the gatekeepers of the medical aesthetics industry. We have the responsibility of educating our patients. We have the responsibility, of not creating the grotesque, overfilled monsters who are slowly taking over the world.

Remember that overfilled faces usually do not happen overnight. They happen because doctors and injectors are injecting too much fillers over repeated treatments. I believe none of us do it deliberately, but inadvertently fall prey to the financially driven systems and the demands of our patients

A Customised Approach is Key

Every one’s face if unique. Every one’s needs are also unique. Furthermore, everyone’s physiology is different. Hence, we all require different amount of dermal fillers.

Just as you can never step into the same river twice as the water is always flowing and changing, your skin and face is also ever evolving. Hence you will never need the same amount of filler as you did 1 year ago when you return to your doctor for a re-treatment. Most of the time, you need less for the same area.

Speak to your doctor thoroughly, for a treatment plan which is best for you. Please avoid establishments, who look like they are trying to sell you more and more syringes of fillers. (The most absurd I heard was a spa who succeeded in selling a poor lady 48 syringes of Juvederm Voluma, a hyaluronic acid filler, in Singapore!) That way, you can become the best version of yourself, rather than a strange, overfilled caricature, with your filler treatments. 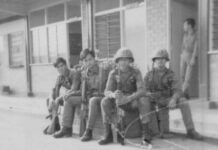